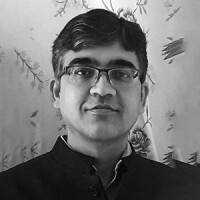 Sobhan is a senior adviser in transfer pricing with Deloitte India. He advises on and strategises advance pricing agreement (APA) and mutual agreement procedure (MAP) cases to achieve effective and efficient resolution.

Before joining Deloitte, Sobhan served the Indian Revenue Service for more than 21 years. He was instrumental in setting up the APA programme in India during 2012–14. He was part of the Indian Competent Authority team as director (APA) – CBDT and negotiated various bilateral APA applications and transfer pricing MAP cases with the competent authorities of North American and European countries. Sobhan also finalised numerous unilateral APA applications. He was the Indian delegate for Working Party 6, the Bureau of Working Party 6 of the OECD, and the FTA MAP Forum of the OECD from 2014 to 2020.

Sobhan is a postgraduate in politics (international relations) and a graduate in economics (honours).