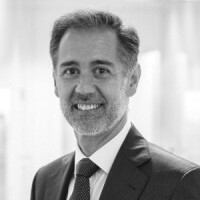 Carlos is a partner of Deloitte Spain, specialised in transfer pricing. He is responsible for the tax dispute prevention and resolution team.

As a tax inspector, he worked for more than 20 years for the Spanish Tax Administration. Carlos has mainly been involved in the international tax area, where he became the deputy head of the International Tax Office. He has been the coordinator of the Spanish advance pricing agreement programme and has been involved in mutual agreement negotiations and transfer pricing audits.

Carlos has a long international career as a Spanish delegate in various international organisations (OECD, EU, CIAT, IOTA), including his participation in OECD Working Party No. 6 on the Taxation of Multinational Enterprises for several years.

His professional work has been combined with teaching and dissemination activity on various courses, seminars, talks, and colloquia on international taxation.